The first chapel was built in or about 1787. There is no record of where this building was but it is thought it might have been a rented room possibly in Bland’s Opening or it may have occupied a site in Low Chare and may have been pulled down. This church was built in 1807 and seated 400 people and according to records was well attended. The Salvation Army now occupies the site.

Central Methodist was the third church for Methodists in the town and early in 1898 it was decided by some people that the schoolroom was becoming overcrowded and they decided to start a “mission” at the south end of the town. Rooms were rented in Red Rose Terrace and by 1st June membership totalled 47.

In 1900, new and larger premises were needed and a site on Front Street was obtained and an iron building, popularly known as the “Tin Chapel” was erected, at a total cost of £505. This was all paid for in less than four years and because of increased membership, a new chapel was needed.

In 1904, the trustees purchased the site on the corner of Kensall Well Fields, Durham Road for twenty pounds .The following year was one of great activity with members assisting in the clearing of the site and the actual building work proceeded rapidly.

The original trustees of the church were:

Foundation stones were laid on 21st June 1905 and Mr J Wilkinson, one of the original trustees, opened the new church on 24th March 1906 and to mark the occasion he was presented with a golden key. The total cost of the building was £2800. After the service, conducted by the Revd W W French, and tea, the tower was opened to view the surrounding countryside – at a charge of 3d each. Celebrations continued over the following 8 weeks

One special circumstance connected with Durham Road Methodists was the employment of Miss Mary Bulmer for three years, and she was invited for a fourth, but on August 8th, 1906, she became the wife of J. E. Lenty, and went with him to his Staffordshire circuit. Before that event her name had become connexional—indeed, had gone beyond the bounds of Primitive Methodism, for in 1904 she was elected to the National Executive of the Christian Endeavour Council, and visited the great centres of the country. Her success in the Methodist circuit was remarkable, and the scenes in the Red Rose Mission (out of which sprang the Durham Road Church) will never be forgotten. T. A. Young had been called out as a second preacher in the interval, and, with A. J. Campbell as superintendent, the might of Methodism in Chester le Street was extended.The name of Thomas Wright, too, is still dear to the Primitive Methodists of Chester-le-Street. Though his name was not on the class-book, his regular attendance at the services, his intense interest in the circuit, his liberality to the church and the poor, and his unselfish life, leave no doubt in the minds of those who remain as to his eternal destiny.

Several missions, one of which was conducted by a 12-year-old American boy preacher, highlighted the early years of the church. The evangelical heart was in the church even then.

Annual church meetings were held in the vicinity of the church, a cart being towed to the site and used as a pulpit for the day.

In 1922 the church was not only electrified but also had a new organ thanks to a gift from Mr J Wilikinson. The following year the choir box was altered. In 1928 it became apparent that a schoolroom was needed but before anything could be done about this extensive repairs to the heating system were needed. Unfortunately the winter of 1928 was a severe one and for 3 months services were held in Red Rose School.

January 1936 saw a successful 17-day mission led by two Cliff College evangelists and as a result young people regularly packed the vestry on a Saturday evening. The question of a schoolroom arose again in 1937 and again in 1942 when a building fund was started. Eventually in August 1953, after several attempts to obtain permission to build the new schoolroom, building started. The cost was £5,773 and was raised by May 1955. This schoolroom, including the stage with an arch was well used by the Youth Group who produced several pantomimes in the early 1960’s.

Looking back through the trustee’s minute books there was always something to do or arrange – from hat competitions, sales of work, an American evening to name just a few. It would seem that the gallery was used for varying lengths of time then closed except for special occasions then reopened again. On one occasion it was felt necessary to have a notice given out advocating the importance of every member attending the Sunday morning service. On another, the ladies of the church were given permission to have a cupboard for the china, which was sometimes lent to Chester le Street Cricket Club for a small charge!

In 1978 in Report and recommendations of the Connexional Commission who visited Chester le Street on May 6th 1978 at the invitation of Central, Durham Road and Station Road churches the church was described as “attractive, well-proportioned and well cared for”. The recommendation of the Commission was to sell Durham Road and undertake considerable refurbishment of Central Methodist Church. As a result the Methodist church closed in 1978 and was eventually sold in 1981. Several members of the present congregation have happy memories of attending Sunday School and services in the Methodist Church. 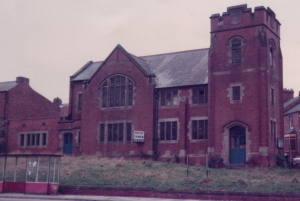 In 1981, having survived three applications for change of use to residential dwellings, one for aged persons flatlets and another for change of use to a photographic studio, the empty building was bought by Evangel Church. The original Evangel church was started in Bullion Lane School and later in St John’s Ambulance hut by Sidney George Talbot. Sidney, his wife Olive and their young family had returned to their native North East after pioneering a work in Market Deeping to begin a work in Chester le Street. 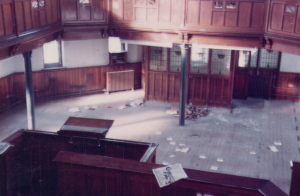 The Manpower Services Commission Community Task Force carried out a much-needed full renovation programme in 1983 and the Church was officially reopened as Evangel Church on May 21st 1983 by 83 year old Mrs Victoria Armstrong. The speaker at the opening service was evangelist Ron Hickling who had been leading a crusade in the town over the preceding two weeks. A pianist was borrowed from Birtley fellowship and she continued to worship in Evangel until her death at the age of 99 in 2018.

Since 1983 the church has seen steady growth and many activities taking place. Baptisms were held in the river Wear until a bapistry was added to the church. Royal Rangers, the Assemblies of God Youth movement, enjoyed a variety of activities both in the church and further afield. Visiting evangelists and missionaries have been welcomed over the years as were a memorable group of young people from the Ace Team. Faith suppers, coffee mornings, holiday clubs for children as well as weddings, funerals and dedications have and continue to take place all bringing a sense of family to Evangel.

Several members of the original Methodist church continue to worship at Evangel. Both the heating and the flat roof continue in time-honoured fashion to appear regular items on the trustees agendas.

In May 2007 Pastor SidneyTalbot retired and to mark his long and faithful service a beautiful stained glass window made by his son Mark and daughter in law Sam was installed. Joseph Corry Walton who had arrived in 1985 with his wife Margaret and two young children,having served as youth leader, assistant pastor and co-pastor became senior minister.

The work continues at Evangel with new people being added to the congregation and an ongoing programme of improvement to fit the church for the 21st century and improve our service to the local community whilst continuing to glorify the Lord Jesus Christ here in Chester le Street. Sunday Schools are held during the Sunday morning service with a crèche available for very young children and their parents. 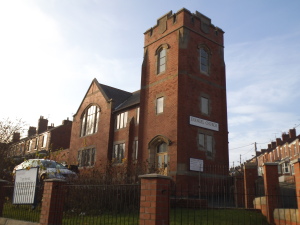 Evangel church continues to be involved in missions, contributing to the upkeep of a children’s home in India and various ministries in other parts of the world.

The History of Methodism in Chester le Street by Frank Dobson 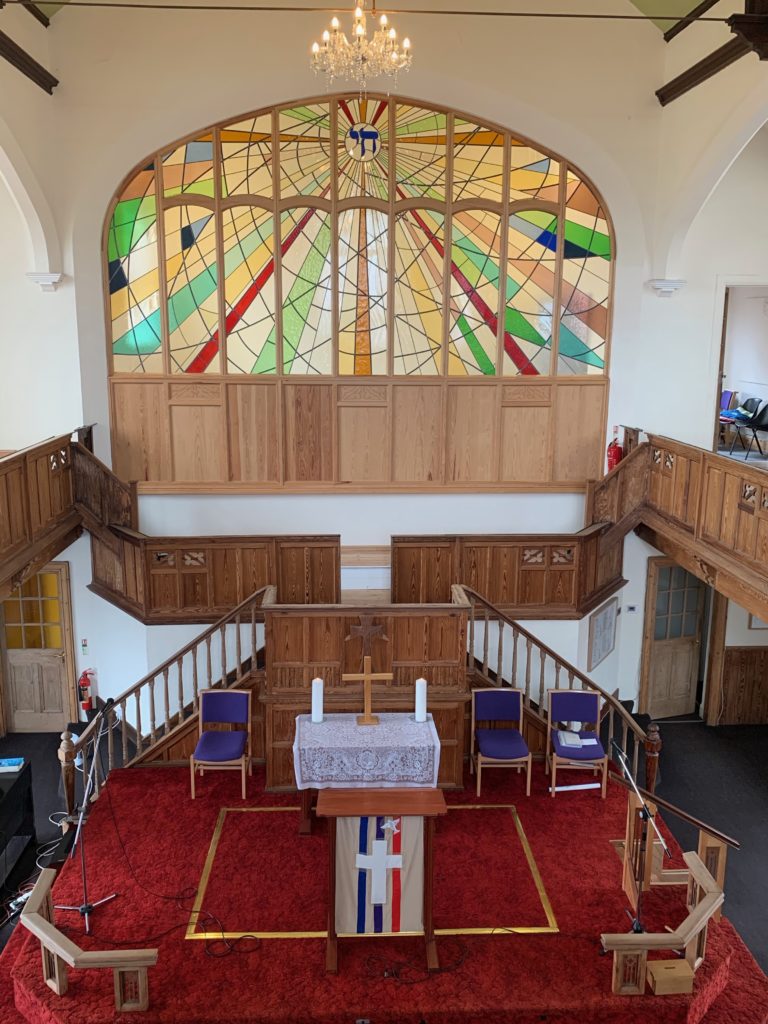